To review, make or to
add inquiries please
click the button.

To review,
make or to add
inquiries please
click the button.

We are honored – Vogue Paris names Magnificent as the best concierge service on Mykonos. Here is an outtakes of what they said.

Rent a luxury villa, take a helicopter to Santorini for the day, throw a party on the beach or reserve a table at the best restaurant on the island. Magnificent has even your most off-the-wall ideas covered whilst you’re holidaying on Greece’s party island of Mykonos. 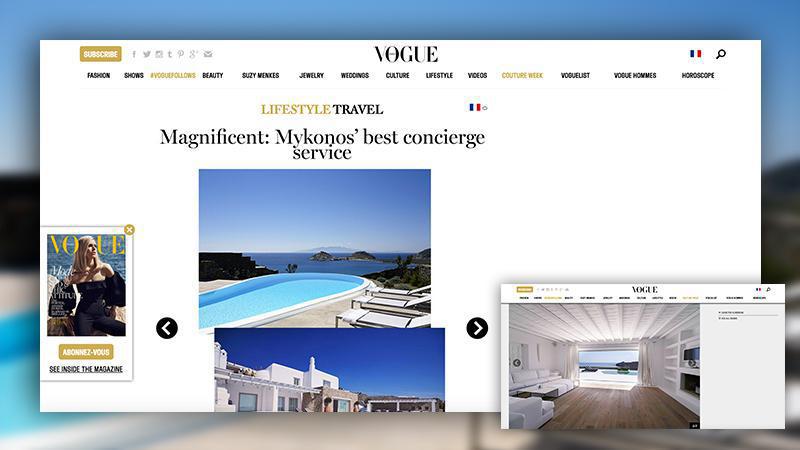 Screenshots of the article of www.vogue.fr

Link to the article

Request our services, review
or submit your placed
inquiry.